Discord is an application that many people use these days for communication. It’s considered to be  the most popular communication app among groups of gamers. Discord helps people to communicate through voice or text messages while playing any game without having to change their screens or switch applications. A recent development in this application has enhanced user experience to a new level.

Add a music bot in Discord and make it more entertaining.

Users who are playing games can now simultaneously chat with their friends; this is made possible due to the new Discord Overlay feature. However, a new issue has started occurring these days. Sometimes, Discord’s overlay stops working. There might be many reasons behind this. Whatever be the reason, it definitely has a negative impact on user experience. Therefore, we have compiled a few simple solutions that would help resolve this issue instantly.

A few insights on What is Discord Overlay?

As mentioned above, Discord Overlay is a feature that enables users to chat while playing. It’s referred to as the transparent screen that shows your chats when you are playing. This is a new feature and it is only available in the most recent version update of this application. However, sometimes users are unable to view the Discord Overlay feature. It becomes even more worrisome when every other person in your team apart from you can access it.

In case you are facing the problem of not being able to access Discord’s Overlay feature, read further to know how to resolve it.

Why is My Discord Overlay Not Showing? 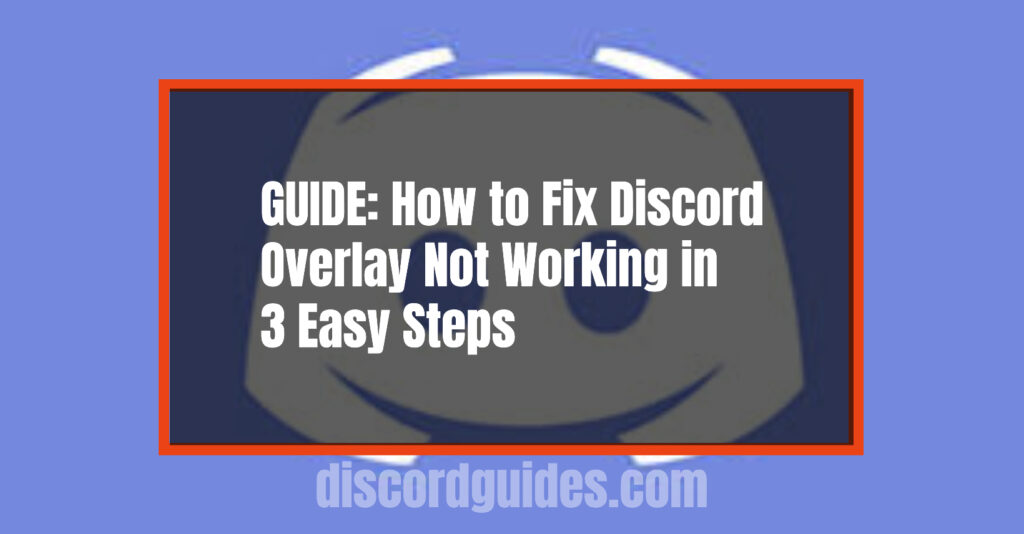 When Discord Overlay feature fails to appear,  several users have tried pressing Ctrl + F1. However, it does not appear even after that. There could be a multitude of reasons behind it. The fact that the overlay feature is a recent update, users feel that it comes along with a few bugs of its own.

Looking for a way to uninstall Discord? Check out our guide and know how.

Another reason could be that there is some problem with your hardware. Sometimes, third-party antivirus does not enable Discord’s Overlay feature to run either. Regardless of what’s causing this issue, the solution to resolving it is quite simple to understand and implement. Outlined below is a set of three steps that’ll help resolve the issue within a matter of five minutes.

Step 1: Hardware Acceleration must be disabled

Looking for best themes? Check out our guide on Better Discord Themes

With the help of these steps, you will not only be able to fix your overlay feature problem, but also your Discord Black Screen issue. In case this does not help, follow the next steps outlined.

Step 2: Gameplay Overlay in Discord must be enabled

Know about Discord Code Block and how to formate text in discord.

Step 3: Antivirus Scanning of Discord must be excluded

If you have followed both the above-mentioned steps thoroughly and still your Discord’s overlay fails to appear, follow the last set of steps that’ll surely resolve the issue. This is a very general solution to many problems.

The problem of disappearing overlay must surely be solved after this.

With the help of this ‘Discord Overlay’ feature, users can talk to each other while playing games. This has taken the experience of online gaming to a completely new level.