Share Smartphone Screen on Discord App: Discord lets you be a part of a big community of any genre (most probably the gaming community) to explore more in that particular field. Discord lets you live stream, share content, voice chat, and communicate with a larger group of people. With all these features, Discord was still lacking the feature of sharing mobile screens with others.

With constant demand from users, Discord has finally introduced an update that has added the feature of sharing mobile screens to people. With the help of this feature, people can directly stream gameplay from mobile phones and also solve some gameplay issues by consulting others. Non-gaming communities can also use this feature during their meetings, discussions, conferences, and many more.

Discord is a cross-platform app that is available on android, iOS, Windows OS, and macOS. This means the app can be used on any device, be it a smartphone, laptop, or tablet. Although it can be used on all devices, the screen sharing feature would be different for each device. 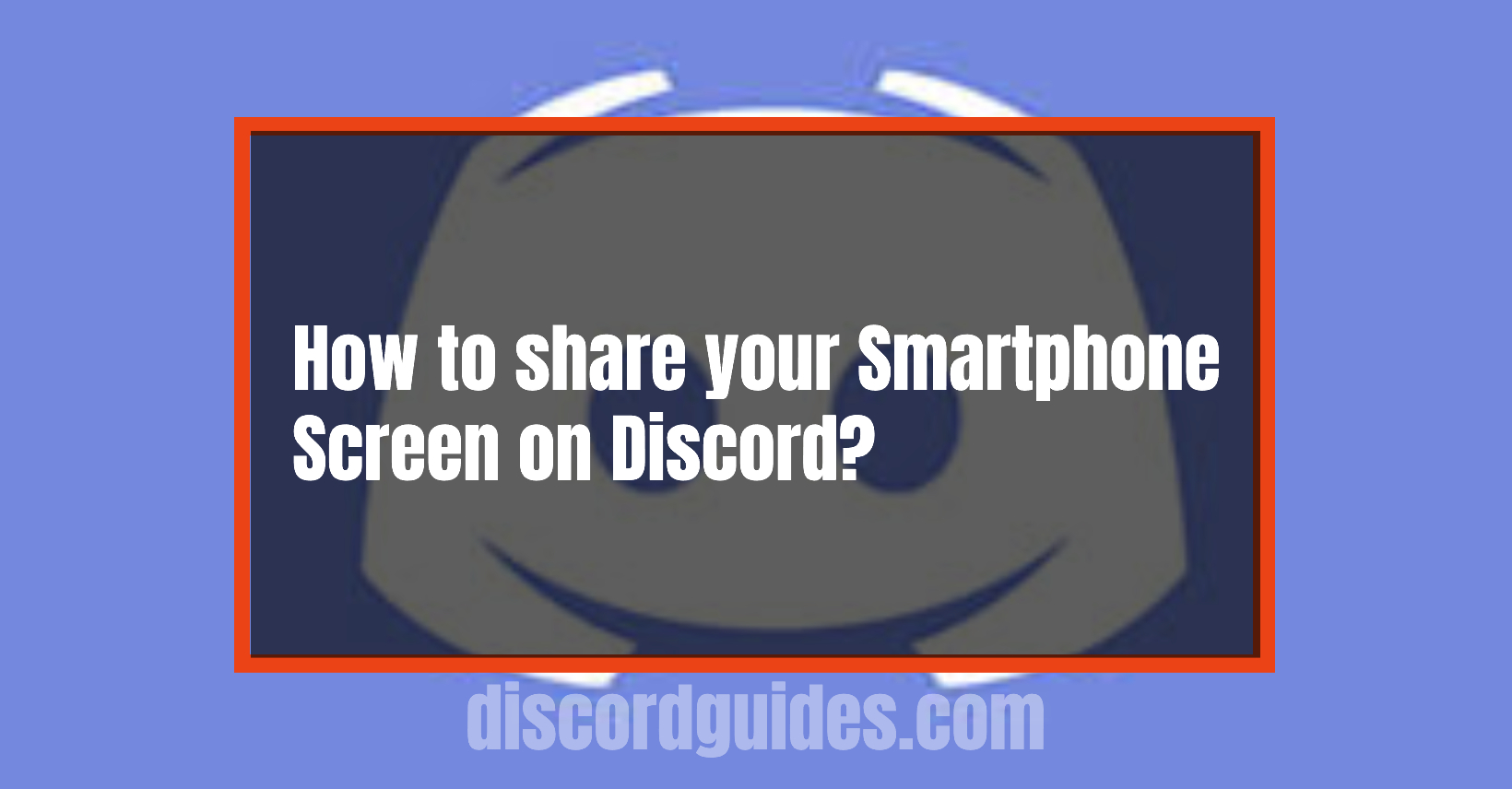 To use this feature, first, the user has to update the app from the Play Store or the App Store. Discord has started to roll out the feature, so some users might have to wait to get an update.

Steps to share your smartphone screen on a Discord Server/App:

Sharing your screen on Discord is similar to other apps like Zoom, Microsoft Teams, and Google Meet. Discord servers perform better when sharing screens according to the initial feedback from the users. Since every feature provided by Discord needs to be reviewed, people know whether the feature helps or not accordingly.

What to consider while sharing your screen?

Discord screen-sharing feature is available on Android and iOS smartphones. If you have any of these operating systems, you can share your screen on Discord.

There are some apps that restrict users from sharing screens due to their terms of use. Apps like Netflix, Spotify, and many other streaming apps come under this.

Outlined above are insights on Discord’s newly added feature. Along with all the other great features Discord provides, the screen sharing feature has helped communication advance to another level. Even though only specific versions of Android and iOS are allowed to use this feature, it works great on those smartphones with no problems occurring.