How to add roles on Discord

Discord is an application that supports numerous features of communication. Users can create new groups and add members accordingly. Creating a new group or server on Discord is quite simple. Once the group is created and members are added, users can restrict the role of each person. This will make it easy to manage the group. Users can further restrict which person can add or delete messages; for example,  they can assign the duty of deleting emojis to a particular member. You can even let some members handle the detailed and complicated tasks.

These roles enable users to assign tasks that are quite simple or extremely difficult. This usually depends on how much the members trust one another. Users can choose from the existing role or create new ones.

Read further to understand what is a Discord role and how to create one.

What is a Discord Role?

A Discord role is a unique feature that is perhaps available only in Discord and no other application. Once you create a group and have added members, you can assign to each member, their roles in the Discord server. This is quite similar to the admin feature of many other messaging apps. You can have Admins, moderators, and any several other roles.

Discord even lets the users create new roles for their members. These roles can have a limited function of just sending the message, or maybe a little more like deleting the emojis sent by others.

You may even have administrators in a group who can handle any function and there is no restriction in their role. Once you have decided what role will be assigned to which person, you can continue with assigning them accordingly. You may even create a new role if you do not find one that is suitable for your needs.

Numerous individuals are using Discord these days. Therefore, it is important to assign and manage what each person will be doing.  There are many types of permissions that can be given to an individual in a Discord Group. There is a role known as Message Moderator: the member can delete messages, remove emojis and even remove members from the Discord server. There is also the role of an admin. There are other text, voice, and general permissions as well. In total, there are 29 permissions.

How to Add roles on Discord? 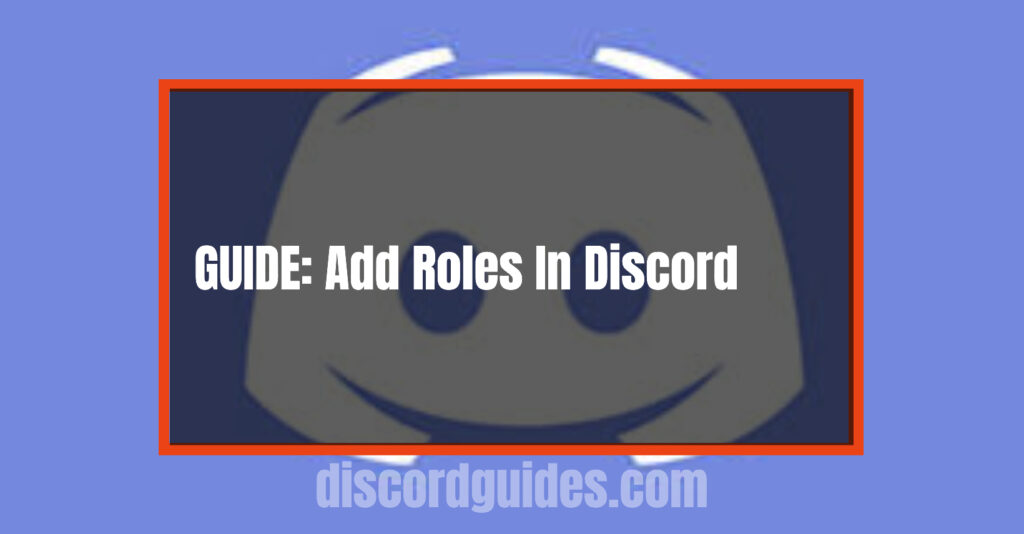 When you make a new group on Discord, you should assign the roles that each person will have in that group. This will make it a lot easier to control the activities of the group. You can manage your group very well without any issues this way. Here is how you can add or create new roles on Discord:

You can follow all these steps to add new roles. Once all the roles are assigned in the Discord group, it will become easier to manage them. Therefore, keep adding new roles until you are satisfied with the management of your group. You can change these roles anytime you want.

Create roles on Discord through your smartphone

Assigning a role to a member

The new roles can be created very easily if you have followed the steps that are mentioned above. But then, how do you assign those roles to a member? To assign the roles to a new member, follow these steps:

Deleting a role on Discord

Sometimes, users would want to change the role of the members in their group. They might no longer be the active members of your Discord server or there might be other problems. There is no need to worry in such instances as you can delete their role any time you want.

There is a View as role feature on Discord’s Servers. Users can check the channels, classes and their roles. They can check the voice channels and will be able to know which channels have checked the history of the message (if they have permission). You will even be able to know what settings the role can control or change. For example, the names such as ‘Manage Server’,’ Manage Nickname’ etc. can be viewed and changed easily.

Assigning and creating the roles for members of a group is one of the most important things on Discord. This helps admins manage the group and its members easily. Moreover, users can keep the activities of the group monitored according to the needs of the group. You can assign the difficult roles to the members who have been a part of that group for a long time now. You can even assign simple roles to people who have just joined the group and became a part of that community. Users can follow the instructions mentioned above to create a new role and assign it to a member of their group. They can even change or completely delete these roles later on.